Attractions and amenities at the hotel

Delicious cuisine, comfortable and cozy rooms and excellent service is not enough? In this case, we have for you additional facilities and attractions that will make your stay in Ostrzeszów even better!

Let's start with the interiors - here are waiting for you billiard table and table football. Although this is entertainment known for many years, but invariably provide participants with good fun and relaxation. It is a perfect way to spend a free evening, morning or even a break in intensive training.  Another attraction is the bar, where you can relax with your favorite drink, talk to colleagues and forget about the reality behind the (bar) window.

Even in the case of beautiful interiors, such as the Hotel and Restaurant "Dworek 1885", it is sometimes advisable to go outside. You can go for a walk through the charming Ostrzeszów - in our reception desk you can find tourist information with the city plan. You can also use the Nordic walking poles, which we make available to our guests.

There is also a possibility of renting bicycles in the hotel, and thanks to the marked cycling routes in the guide you will be able to get to know the beautiful areas of Ostrzeszów and its surroundings. For tennis fans there is an illuminated tennis court, which will provide many sporting emotions, while for those seeking just blissful relaxation, in the garden by the pond have been prepared swings and deckchairs.

Hotel and Restaurant "Dworek 1885" does not forget about people who come to stay in Ostrzeszów with their pets - our facility is animal friendly and offers additional amenities in this regard.

We care about your complete relaxation - we are open to all comments, requests and comments. We invite you to contact us and we invite you to Ostrzeszów!

For tennis fans there is an illuminated tennis court, which will provide many sporting emotions

while for those seeking just blissful relaxation, in the garden by the pond have been prepared swings and deckchairs.

Ostrzeszów is a place where everyone can find something for themselves. There are both conditions for walks in the picturesque hills of the city, whether among adults or with children. We also have interesting cycling routes, both for amateurs and professionals. The trails are marked and prepared for various weather conditions. Below there is a link to a map containing cycling and walking routes.

Attractions of Ostrzeszów and the surrounding area

Ostrzeszów is a small, charming town in the Greater Poland Voivodeship. Several thousand inhabitants found their place to live here, but the city also offers hospitality and attractions to people from outside. The city is surrounded by Ostrzeszów Hills - the highest hills in Greater Poland. The area around the city offers a varied landscape, wooded hills, picturesque charms and meadows, numerous streams and rivers, headed by Barycz and Prosna.

In the center of Ostrzeszów ...

In the centre of Ostrzeszów there is a small square with a centrally located town hall from 1840, which houses the Regional Museum. Around you can admire the picturesque tenement houses. Right next to it is the Kazimierz Tower, which is a symbol of the city, a remnant of the defensive castle built during the reign of Casimir the Great. In 1960 the castle tower was restored and became a viewing point from which you can admire the panorama of the city.

Another monument of the city, which is worth visiting, is the Bernardine monastery, raised on the hill as early as the seventeenth century.  The foundation of the monastery with the church of St. Michael the Archangel for the Bernardine Order passed the convention of the nobility of Wieluń in 1629. During the Swedish invasion, the church and monastery were plundered and burnt down, but in the years 1680-1740 the temple was rebuilt. Inside the building you can admire the coats of arms of the families who founded the monastery and the church: Psarscy, Leszczyńscy, Siewierscy, Krakowscy, Karśniccy and Wężykowie, sculptures commemorating Rafał and Jan Leszczyński, as well as late Baroque polychrome, made in 1740 by Antoni Ignacy Linki. Currently, the monastery is occupied by the Nazareth sisters.

Worthy of attention are also the wooden church of St. Nicholas from 1758, whose most important elements of decoration are late Gothic sculptures placed in baroque altars, created at the beginning of the 16th century, as well as the Ostrzeszów parish church from the 14th century.

Abolished on the hill already in the seventeenth century. Establishment of a monastery with a church St. Archangel Michael for the Bernardine Order passed the congress of Wieluń nobility in 1629. During the Swedish invasion, the church and monastery were looted and burned, but in the years 1680–1740 the temple was rebuilt. Inside the building you can admire the coats of arms of the families who are the founders of the monastery and the church: Psarski, Leszczyński, Siewierski, Krakowskie, Karśnicki and Wężyków, sculptures commemorating Rafał and Jan Leszczyński, as well as late baroque polychrome made in 1740 by Antoni Ignacy Linki. Currently, the monastery is occupied by the Nazareth Sisters.

There are plenty of exhibitions of photo galleries, etc. so that you can learn about the culture and history of Ostrzeszów.

A wooden church from 1758, the most important elements of which are late Gothic sculptures placed in the baroque altars, created in the early 16th century

In the center of Ostrzeszów there is a small market square with a centrally located town hall from 1840, which houses the Regional Museum. Around you can admire picturesque tenement houses.

We recommend starting the walk around the city from the ruins of the old fashioned castle. Apparently, a long time ago, in the place where the castle tower stands today, there was an inn, to which a prince traveling around Greater Poland came. It was here that he was warned of robbers prowling in the area. To commemorate this event, the prince ordered to build a castle, church and castle, and call it OSTRZEŻÓW (according to historical sources, the name of the city comes from the name Ostrzesz). The beginning of construction of the castle as a fortification element is assumed in the first half of the fourteenth century, when Kazimierz Wielki began a powerful undertaking to strengthen the protection of Poland's borders. Built on an artificial hill, the defensive castle was the seat of the Ostrzeszów staroste. It was demolished during the Swedish invasion, although it was partially rebuilt and was the court seat until the end of the 18th century, it never returned to its former glory.

Or maybe it's time for a canoe adventure? It will provide you with a moment of rest, close contact with nature, a bit of emotion and a lot of fun. We can organize an entertainment with canoes in Grabowo at the Prosna river. The attraction is intended for couples who want to have a romantic trip for two, as well as for organized groups. In order to take advantage of the rich offer of the resort, it is necessary to reserve places in advance:

For horse riding enthusiasts and those who are interested in new experiences, we can propose a trip to the picturesque recreational area to the Atena Equestrian Center, which is located on the outskirts of the city.

You can register for a horse riding course by following the link below:

Package with accommodation in a historic manor house
Check it now

Contact us and you will receive the best offer 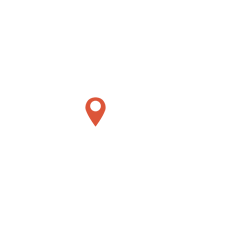